Wikipedia: “tcpdump is a common packet analyzer that runs under the command line. It allows the user to intercept and display TCP/IP and other packets being transmitted or received over a network to which the computer is attached.”

Common uses: “Tcpdump analyzes network behavior, performance and applications that generate or receive network traffic. It can also be used for analyzing the network infrastructure itself by determining whether all necessary routing is occurring properly, allowing the user to further isolate the source of a problem.”

A few of the mostly used options:

I’m using my MAC to learn this command, so depending if you are connected wirelessly or by ethernet (direct connect), you will need to put in the correct interface.

Wireless Interface (depending on your interface number – look for the IP address):

Now lets port this information into a file called DumpFile01.pcap on the Desktop.

Reading the file. What’s the difference between .cap and .cap?

The -nn tells tcpdump not to resolve DNS on IP and Ports, where r is read.

Lets get a tcpdump on port 80.

Capture packets based off of the Source and Destination. 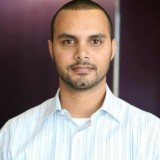